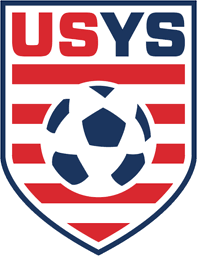 Three Coast FA teams finished in the top eight of their respective regular season league standings to qualify for the prestigious SCYSA State Cup. The format for U15 – U19 boys and girls is single elimination lose and go home. The round of eight is hosted by the higher seeded team at their home venue and the final four weekend will be played at the Florence Soccer Complex on December 12th & 13th. State champions will be crowned Sunday December 13th.

The Coast 02 Red boys team coached by Mark Vollink finished as a #3 seed and will host #6 seed Lexington at Socastee Park Sunday November 29th with a 2:00pm kickoff. We invite all Coast supporters to attend to cheer on the boys.

Coach Rj Bass and his Coast 02g Red girls finished as a #6 seed and will travel to Charleston on Tuesday December 1st to face Surf 02 NPL at 6:30pm

The Coast 03 Red coached by Manny Ardeljan also finished as a #6 seed and must travel to Greenville to meet #3 seed United FC on December 6th with a 2:00pm kickoff