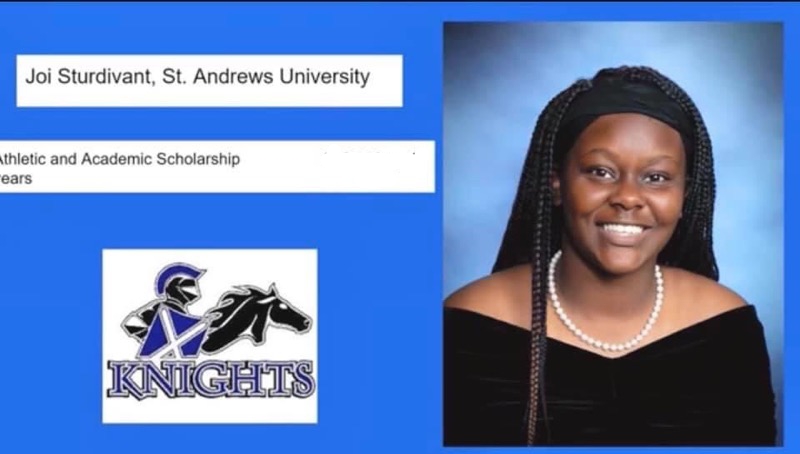 Looks like longtime Coast FA goalkeeper Joi Sturdivant is not quite ready to hang up her boots. Joi has accepted a position with St. Andrews University in Laurinburg, North Carolina this fall. The Knights compete in the Appalachian Athletic Conference and posted a 4-10-0 record last season for Coach Rohan Naraine. “ I had the pleasure of coaching Joi for the past several seasons. Her value to the team has been immeasurable through the years. Even when the opposition broke through our defense the girls knew that they had Joi In the net which gave us an added layer of confidence. I look forward to following her progress at the collegiate level and everyone at the club wishes her the best “ said Coach RJ Bass.

“ I am excited to say that I have signed with St. Andrews University starting this fall. I can surely say that I would not have made it to this level without Coast FA. I have been traveling from North Carolina to play for Coast since I was in the sixth grade. The best part of playing at the club was of course the girls on my team. I have been with some of the same girls since the beginning who I will miss and also the coaches. Coach RJ and Coach Woody have been the best coaches I have ever had throughout my whole Coast journey. Coach RJ stuck with me and Coach Woody molded me as a goalie so I cannot thank them enough, I really appreciate everything they have done for me “ said Joi.