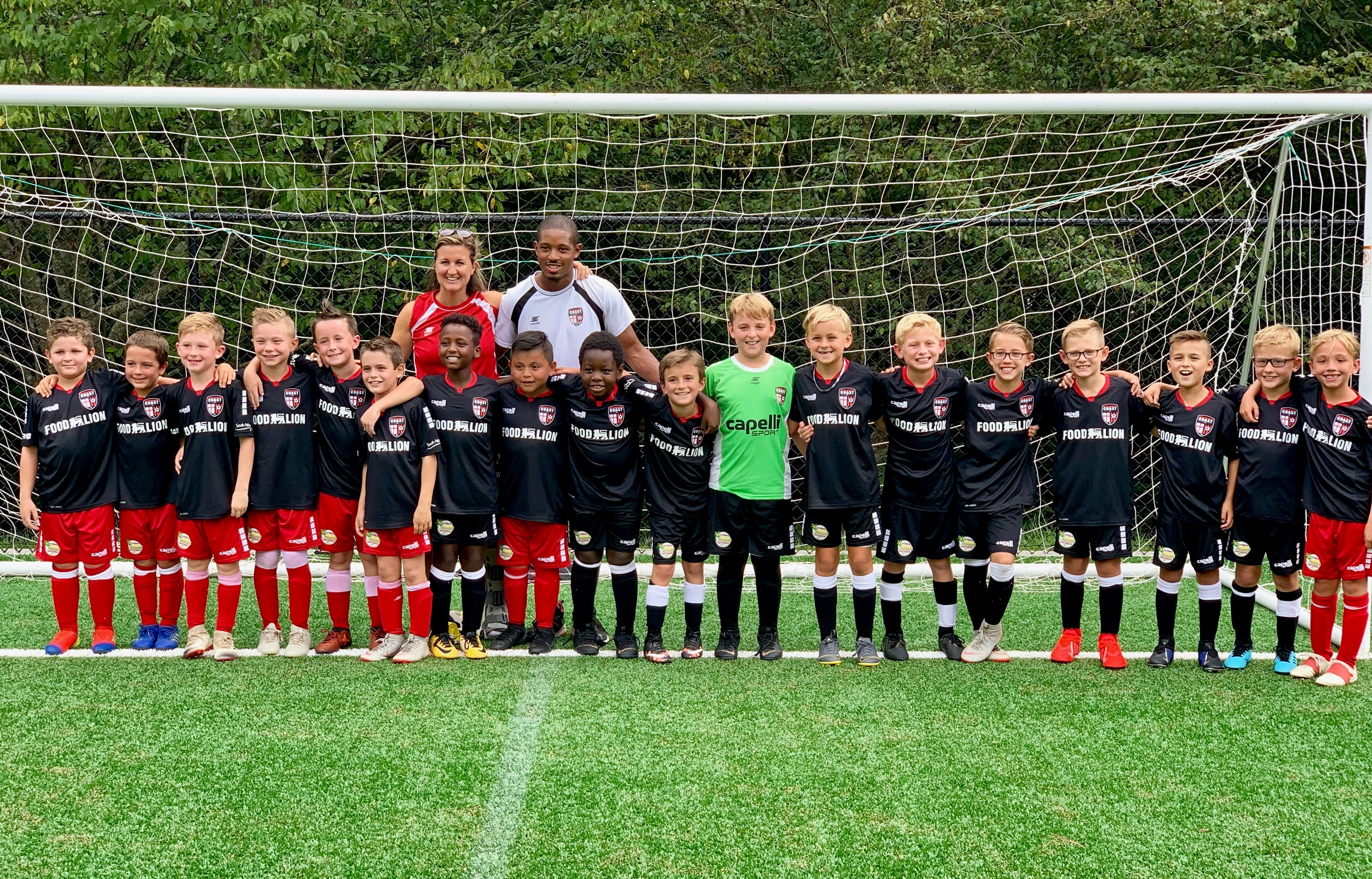 Two Coast FA boys teams returned home as champions from the Triangle United Classic held in Chapel Hill, North Carolina over the weekend. Coast teams battled stormy weather and sloppy field conditions during the event that hosted two hundred twenty five teams from the Carolinas. “ Winning the top division in the U9 and U10 boys groups bodes well for our program against very good competition. The future is bright for these two age groups. Playing in a preseason tournament usually brings a mixed bag of results with only a couple of weeks to train but it certainly helps prepare us for league play set to begin soon “ said Coast Director of Coaching Ross Morgan.

Coach Alli Hogan took over the head coach position for the Coast 11 Red (Click for photo) boys two weeks ago and quickly cashed in on a result. The boys posted four consecutive wins to finish as champions of the U9 top division including a thrilling 6-5 win on kicks from the mark in the final. “ This weekend is one these boys will remember forever and they earned it under challenging circumstances. Playing in the pouring rain yesterday, coming from behind in two matches today and winning the championship in PK’s with their U10 Coast FA brothers cheering them on from the sideline completed a storybook ending. You could not ask for a better way to start the season. This is a special group of competitive, talented and fun boys that earned everything they received this weekend. I cannot wait to play again “ said Coach Hogan.

The Coast 10 Red (Click for photo)boys claimed championship honors in the U10 top division. The team was unbeaten in pool play which included two one goal victories to advance to the final where they posted a 3-1 result. ‘ My team had a great weekend that included practicing celebrations sliding on the drenched field, cheering on the 2011 team in their finals to winning their own championship later in the day. They smiled and laughed from start to finish and created memories they wont soon forget. I am looking forward to a great fall season “ said Coach Bass.