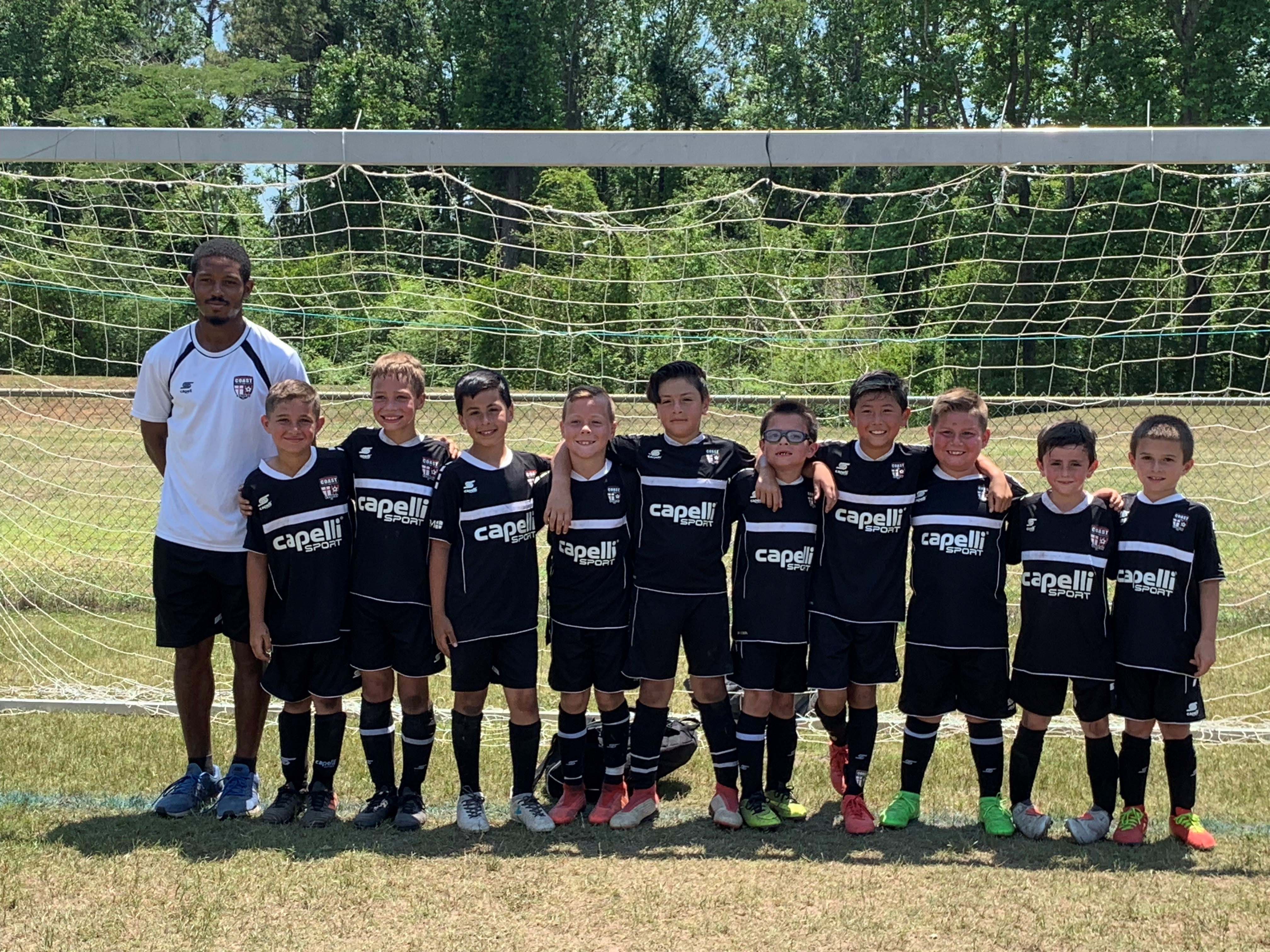 Two Coast FA soccer teams returned home with hardware from the Wilmington Seaside Classic over the weekend. Blazing hot temperatures prevailed during the weekend creating a challenging environment for the three hundred teams that entered. “ We put the Seaside classic on our club tournament schedule this year and the competition level did not disappoint us. The Hammerhead staff does an excellent job in hosting the event and it was a nice way to end a very long season for our families ” said Coast Director of Coaching Ross Morgan.

Coach Joel Banta’s Coast 07 Red (click for image) showed very well finishing as finalist while playing up a full year in age to the U13 Gold division. The boys gutted out three close decisions versus older teams from Charlotte Soccer Academy 2-1, Charlotte Barca Academy 2-1 and Athens United Gold 1-0 to reach the finals. The WHYFC 2006 ECNL boys awaited them in the championship where they would pull away late in the match to secure a 4-1 result. “I was very proud of their performance as this was only the second tournament where we played 11v11 format. The final was against a very good ECNL side and we kept it close all the way until the end” said Banta.

The Coast 10 Black team (click for image) captured their first tournament championship in the U9 Gold division under the leadership RJ Bass. The boys reeled off four consecutive victories with twenty eight goals scored compared to eight allowed. The team set the tone early in the event and never took their foot off of the gas. “ The Seaside Classic was a great way to end the season for the 10 Black and I look forward to seeing this team progress next year with Coach Dan Martin. This championship will inspire the players to work hard over the summer and pick up where they left off when August rolls around ” said Coach Bass