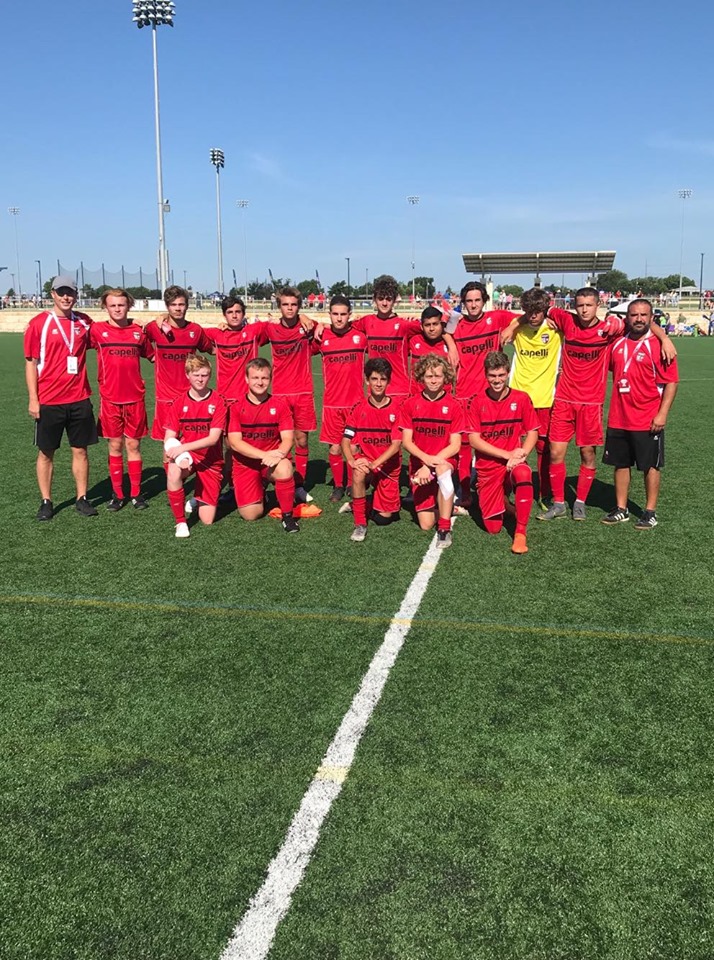 Two Coast FA boys teams extended their seasons by qualifying to participate in regional play this summer. Coach Manny Ardeljan’s 03 Red team traveled to Round Rock, Texas and Coach Joel Banta took his 07 Red squad to Winston Salem, North Carolina. Competing at Regionals after a long spring season requires total dedication from both the players and coaching staff. Congratulations to both sides !

The Coast 03 Red won the South Carolina PMSL State Championship and were rewarded with a trip to Texas to play in the Southeastern Regionals. The boys advanced to the semi finals of the U16 division before losing a heartbreaker in overtime to Nashville. “All of the training and preparation leading up to Texas still did not totally prepare us for the wow factor of being at Regionals with the top teams from the Southeast. Once the boys realized that we deserved to be there based on our accomplishments we settled in and played great soccer. We posted a 2-0-1 record in pool play to set up our thrilling semi final. A thin roster size, a few key injuries and the physical toil of playing four matches in three days caught up with us in the overtime period. The boys gave everything that they had and represented our club very well against much larger clubs. I could not be more proud of this group of young men and I am looking forward to the fall season “ said Coach Ardeljan.

Coach Joel Banta’s Coast 07 Red team were accepted in the US Club Regionals U13 Division as a U12 team. The boys notched one victory in three matches against the older competition and competed very well in the other two matches. “ I knew playing a full year up against very good competition was going to be challenging but I am very happy with how we competed. It was nice to leave the tournament with a great win and momentum heading into our fall season “ said Banta