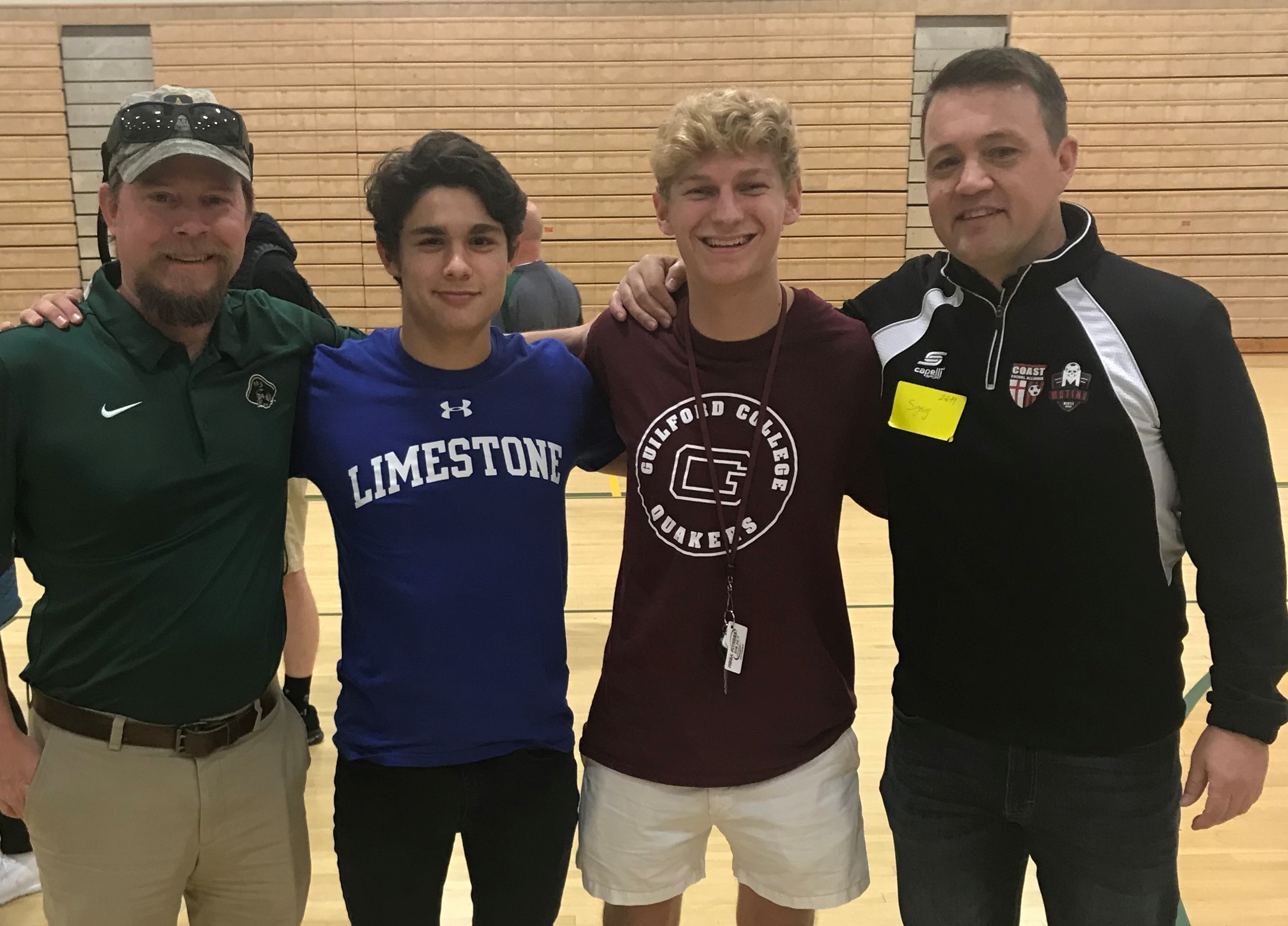 Jason Kemble – Midfielder - Coast 99 Red – Conway High School - Committed to Coastal Carolina University in Conway, South Carolina. The Chanticleers were 10-6-0 last season and compete in the Sun Belt Conference. “ I would like to take this opportunity to express my gratitude to my Coast FA family and for cultivating me into the player that I have become. The reason that I have succeeded to this point is due to the love and support that I receive from my family. Lastly I would like to thank Coastal Carolina University for providing me the chance to play at the next level “ said Jason. (Click for Photo)

Coby Arambula – Midfielder - Coast 00 Red – Myrtle Beach High School - Committed to Limestone College in Gaffney, South Carolina. The Saints posted a 13-4-1 record last season and compete in the Conference Carolinas. “ I had an amazing experience playing my youth career for Coast FA and the Myrtle Beach Mutiny II team. The players and coaches I’ve met through this club have played a great role in my development. I am happy to be continuing my soccer career at Limestone College “ said Coby.

Sam Coughlin – Forward -- Coast 00 Red – Myrtle Beach High School - Committed to Guilford College in Greensboro, North Carolina. The Quakers were 7-10-0 last season while competing in the Old Dominion Athletic Conference. “ Playing for Coast FA has been one of the greatest experiences of my life. Being a part of the club has brought me new friends and has helped me develop as a player to reach this next level. It is truly a great club and I am thankful for everything they have done to help me continue my journey. I am looking forward to playing at Guilford next season. Go Quakers ! “ said Sam.

Addison Bryant – Forward – Coast 00 Red – St. James High School - Committed to USC Sumter in Sumter, South Carolina. The Fire Ants compiled a 6-13-0 record last season and compete in the Carolinas Junior College Conference. “ Coast FA has been an intricate part of my growth and development. As a result of the training I’ve been fortunate to play in the USSF Development Academy and the National Premier League. I would like to thank the coaches and staff at Coast FA for preparing me for the next level of my soccer journey. I am looking forward to playing for Grand Strand native Coach Scottowe Fox at USC Sumter. (Click for Photo)

Coast FA Director of Coaching Ross Morgan said “ These four boys have put in the hard work and deserve the opportunity to play college soccer. There is much more work waiting for them when they arrive on campus this fall as they will need to sharpen their time management skills. A collegiate soccer player’s days are filled to the brim and the boys will have to learn to balance their soccer with their advanced schoolwork. Hopefully we have helped prepare them for the challenges that lie ahead both as players and students. It has been a pleasure having them in our club over the years.”

Coast FA Soccer Club was formed in 2006 by merging Coastal Soccer Club, Ocean Strand Soccer and Horry Georgetown Soccer Club. The list below represents any Coast FA youth player that has played in the collegiate or professional level.