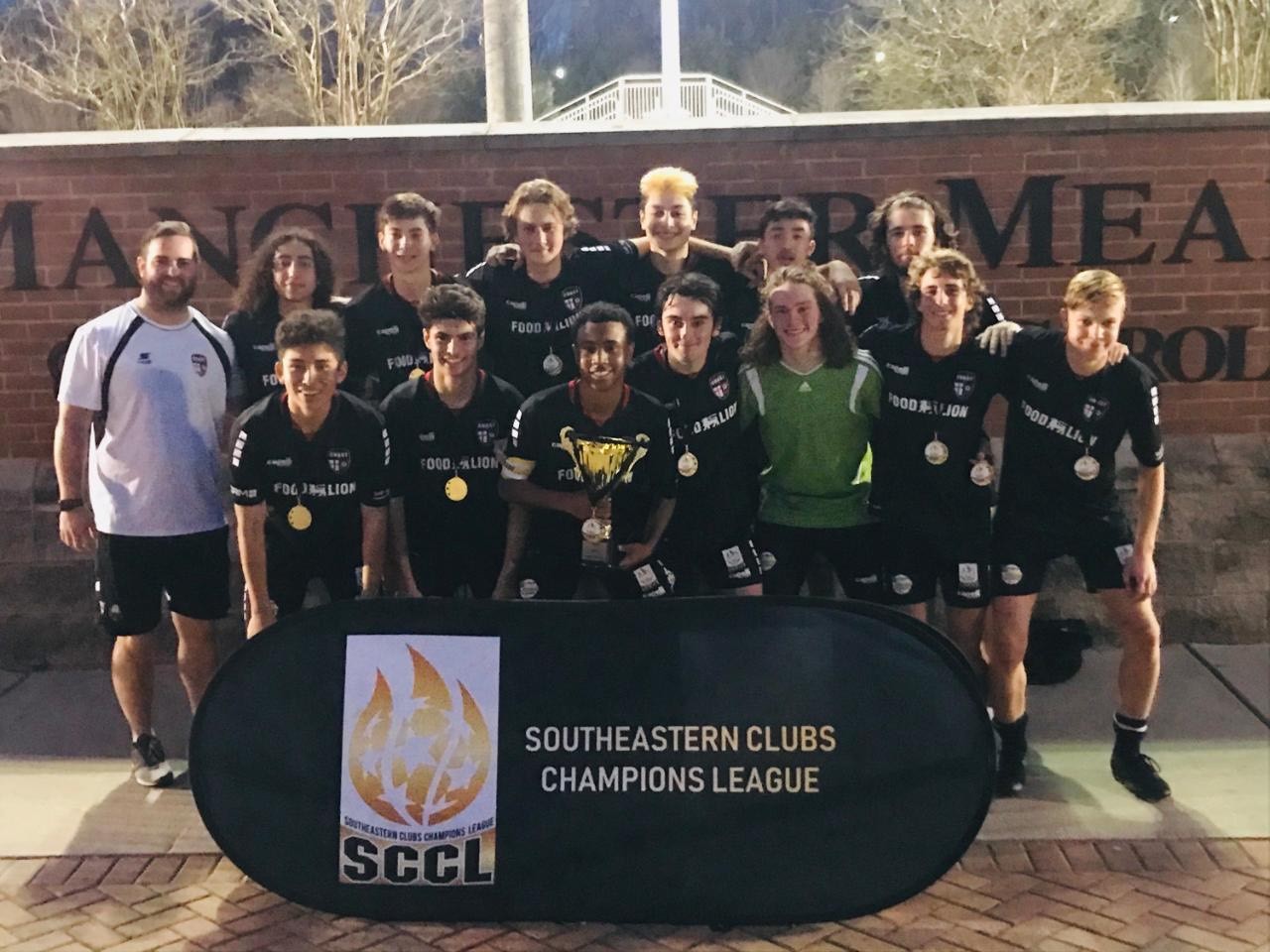 The Coast 02 Red (click for image) boys team finished off a perfect season by winning both the SCYSA State Cup and the SCCL Super Cup championships. “The boys participated in two leagues this fall and did not lose a single match. They won both state championships and earned the right to represent South Carolina in the Regionals this June after their high school season ends. This team will be recognized as one of the best to ever play for the red and black of Coast FA. The commitment of the players and also their parents has been second to none throughout their youth soccer careers and many of them will play collegiate soccer. Coaches Joel Banta, Ross Morgan, Kyle Timm and Mark Vollink have done a tremendous job with this group over the past four years “ said Coast Director Heyward Gulledge.

Coast FA was well represented at the U15-U19 SCCL Super Cup over the weekend in Rock Hill, S.C. Six Coast teams advanced to the Final Four weekend that featured the top sixteen boys and girls teams from SCCL. Coast returned home with one championship and two finalist trophies. The Manchester Meadows and Comporium artificial turf fields offered a perfect setting for the event and the atmosphere was festive.

Coach Mark Vollink led the Coast 02 Red to the championship podium after posting two convincing victories. The semi finals against the Bulls Soccer Club ended with a 4-1 result and the championship versus Charlotte Independence also ended 4-1. “Going into half time tied 1-1 in the final we made a formation change that created some opportunities. The boys put in the necessary midfield work and it paid off for us. Very proud of the boys pushing through until the end while having only one sub” said Coach Vollink.

Coast 01g Red (click for image) coached by RJ Bass advanced to the championship match after posting a 3-0 result over GPS Lexington in the semi finals. “The girls came up short in the championship versus a very good SCUFC side 1-3. Two strikes off the crossbar and another cleared off the line proved too much to overcome and luck just was not on your side today. Regardless of the result, I am extremely proud of this group of girls and all that they have accomplished this season. It has been an absolute privilege being their coach. I look forward to seeing the returners at our May tryouts” said Coach Bass.

Coach Manny Ardeljan’s Coast 03 Red (click for image) also finished as a finalist dropping a heartbreaker in the championship match. The semi final saw the boys break away in the second half to post a 3-1 result versus Augusta. The final pitted the 03 Red against a resilient Charlotte Independence team. After jumping out to a 2-0 lead the Independence equalized late to send the match into overtime and eventually won the championship in a PK shootout. Coach Ardeljan said “ We had an incredible season finishing first in the SCCL East table. Matches like todays will only make us stronger and hungry for next season. I cannot say enough about this the fight in this group of kids.”

The Coast 04g Red (click for image) coached by Mark Sanchez rebounded after a semi final loss with a 5-0 result over GPS Lexington to claim 3rd place in the SCCL Super Cup. Coach Mario Benjamin’s 05 Red also claimed 3rd place after winning a back and forth match versus GPS Lexington 4-3. The Coast 04 Red coached by Brian Smith finished in 4th position of the Super Cup after a successful regular season.

A recap from this weekend: