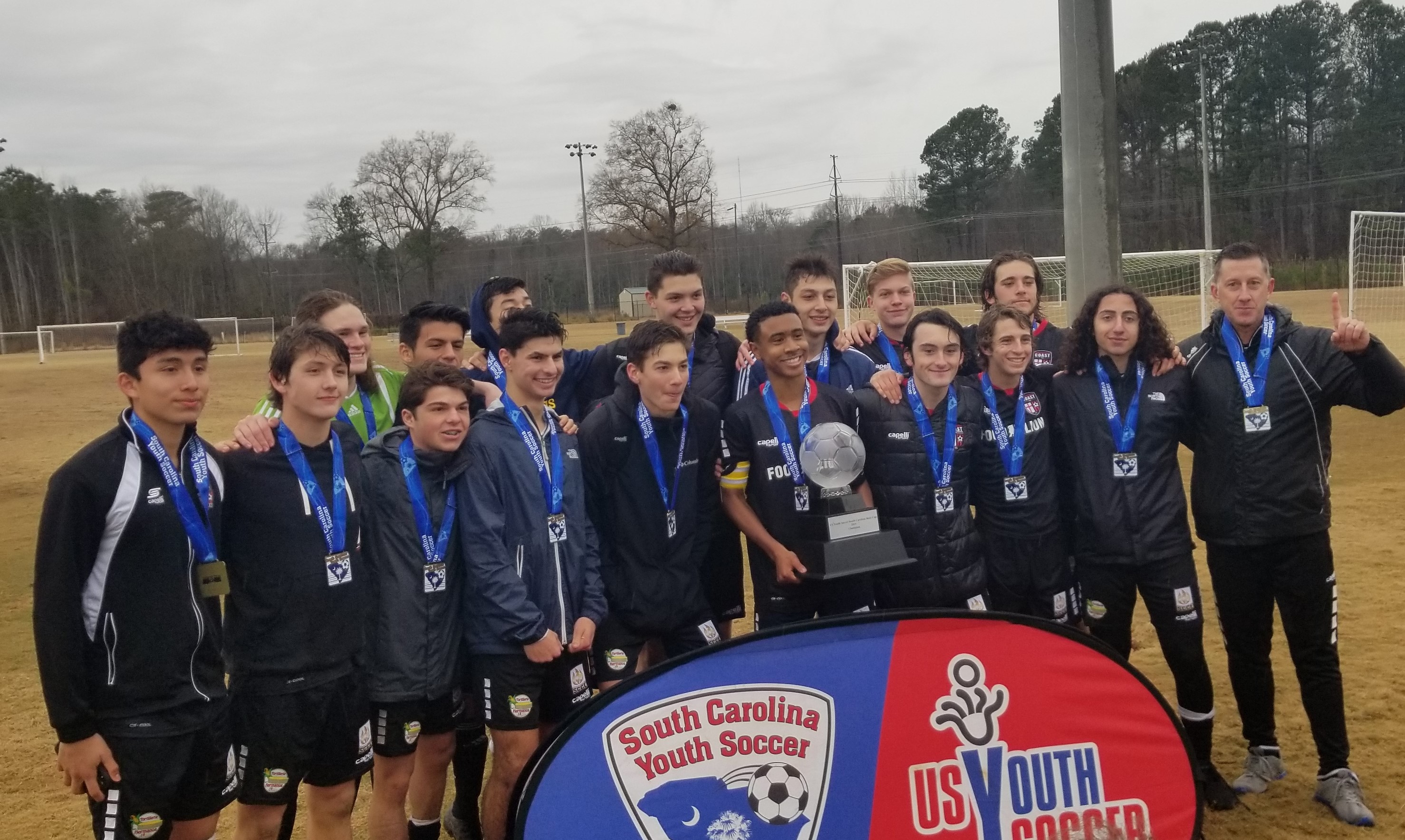 After coming up just short a couple of times, the Coast 02 Red team won the SCYSA Challenge U19 State Cup over the weekend in Columbia, South Carolina. Coach Joel Banta took care of some unfinished business with the boys as they survived two overtime matches to take home the state championship. By winning the top honors, the team qualifies to play in the regionals this summer against other state champions from throughout the Southeastern United States.

The boys hosted Greenville based CESA Challenge in the quarterfinals at Socastee Park under sloppy field conditions. After a 4-2 win the boys advanced to the semi finals in Rock Hill where they won a hard fought match over GPS Coastal from Bluffton 4-3 in extra time. The finals featured a terrific match up with Gps Lexington that saw Coast score the winning goal in the run of play for a 2-1 result while competing a man down.

“What an amazing weekend for the 02 Red team. After a great season where the team did not lose a match in league play to win the state championship is the cherry on top. Getting the win in the final while playing a man down to a very good Lexington team showed tremendous poise and character. This weekend will always be a wonderful memory for these kids that will last a lifetime. What a great accomplishment for the boys “ said Coach Joel Banta.