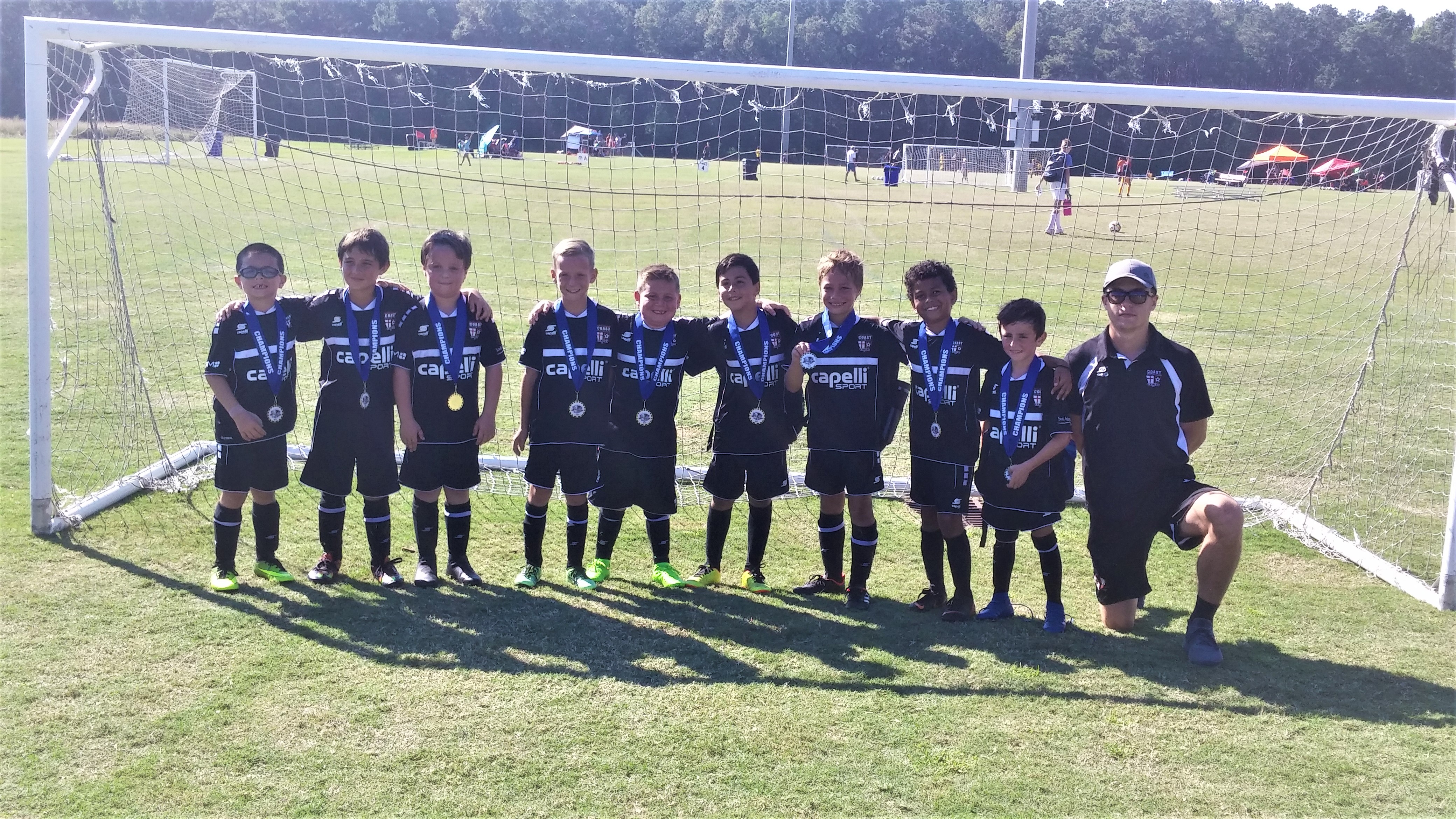 Three Coast FA select teams returned home with hardware from the Charleston Select Shootout over the weekend. The tournament enjoyed perfect fall weather and very good competition for the boys only event. Coast captured two championships and one finalist trophy for the weekend. “ It is nice to come to a beautiful city and play very good teams in all divisions. The Charleston event is very well ran and attracts a nice field of teams” said Coast Director of Coaching Ross Morgan.

The Coast 03 Red (Click for Image)  team coached by Ricky Toney avenged a Saturday loss in pool play to the USAMP 04 NPL team to win the championship of the top U16 boys division 1-0. “Our back four and keeper were superb this weekend posting three clean sheets in four matches. I enjoyed filling in as coach for this very talented group of young men. We defeated a high caliber team today and needed to adjust to their unique style of play. We were able to secure the championship as a result of the players resolve and determination” said Coach Toney.

The Coast 08 Red fell in the finals of the top U11 division to the USAMP Revolution 2-4 after an up and down journey to the championship match. After winning the opening pool play match the boys dropped a narrow 0-1 result on Saturday afternoon. In order to advance to the finals the boys needed a minimum three goal victory plus a shutout which they delivered on with a 6-0 victory on Sunday morning against Daniel Island. Coach Miguel Antunes, Ross Morgan and Noah Gulley split time with the team.

Coach Connor Norton Baker’s Coast 10 Red Raven U9 (Click for Image) boys dominated their opponents with a combined goal differential of 20 -2 over the course of four matches. After posting two comfortable results on Saturday the Raven escaped with a narrow 1-0 victory over Cainhoy to advance to the championship where they defeated USAMP Union 5-1. “ I am very proud of the effort put in by the boys this weekend. They displayed great sportsmanship on their way to their first tournament championship. I am excited to see what this group can accomplish” said Coach Baker